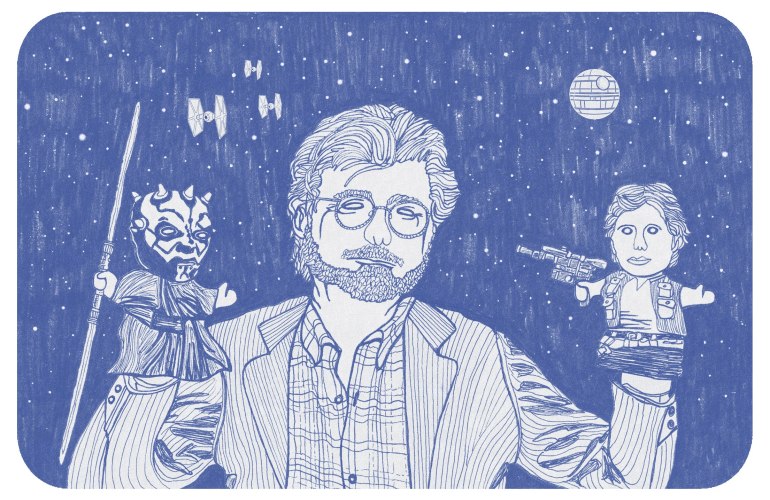 1999’s Star Wars: The Phantom Menace once held the title as the most anticipated film of a generation. Sixteen long-awaited years after Return of the Jedi plus leaps and bounds in special effects, yet it was ravaged by critics upon release. But did it ever really stand a chance?

The Phantom Menace is one of the first films I remember seeing at the cinema. As a young boy I recall little other than the incredible display of visual effects to feast my eyes on and just how spectacular it looked on the biggest screen of my local cinema. Yes, the politics of trade federations and the nuances of Sith manipulation were almost certainly wasted on me, but what remained was a love of lightsabers, an epic score and a tale of good versus evil.

Immediate critical reaction was not great. Most high profile critics particularly didn’t enjoy the humour, specifically Jar Jar Binks’ antics – which even fewer stood by. Among the few to praise the film was Roger Ebert (Chicago Sun-Times), saying the first part of a new trilogy would inevitably have character issues but was otherwise “an astonishing achievement in imaginative filmmaking”. Aside for a few other supporters, perhaps somewhat hopelessly the fate of The Phantom Menace lay in the pens of a generation of critics who grew up with the original trilogy and the bonds that come with such a blessing. Unfortunately these people have made The Phantom Menace a supposed guilty pleasure, but this should not quite be the case.

There is a lazy journalistic convention to lump the prequels into one entity, and similarly trash it. While Episode II – Attack of the Clones is the weakest part of the series in my opinion for various reasons; convoluted plot, overly long, and a one dimensional performance from Hayden Christensen, Episodes I & III both served important bookending purposes for the series as a whole. The Phantom Menace had the arduous challenge of re-establishing an already loved universe. Tasked with providing more context and purpose to a world that had existed in a bubble for 16 years. While Episode III’s similarly impossible task was to set up a film made 28 years prior, and ultimately one that was never even supposed to be anything other than a standalone film. Safe to say The Phantom Menace had far greater expectation on its shoulders than Star Wars did when it opened – and much further to fall if it did.

By 1999 the original trilogy was one of the most cherished sagas in cinema. If Lucas had merely stuck with what had already been established and brought nothing new to the table, it would’ve been slammed as unambitious and unoriginal, exactly as 2015’s The Force Awakens has experienced. When TPM ultimately presented something new; i.e explaining the mystique of the force, an extensive use of CGI to allow a fuller cinematic experience, gambling on younger actors – a vast majority of critics’ pens furiously scribbled.

“It is neither captivating nor transporting, for it lacks any emotional pull, as well as the sense of wonder and awe that marks the best works of sci-fi/fantasy” – Todd McCarthy, Variety

One of the biggest problems with Star Wars’ cultural footprint (critics and moviegoers alike), is that its colossal size makes it impossible to wholly please. Despite the family-friendly films, the fandom that surrounds it is fickle to say the least. Ahmed Best has only recently really begun to comfortably talk about his suicidal thoughts post-The Phantom Menace backlash and Kelly Marie Tran was effectively forced to retreat from social media after being berated by supposed “fans” for her role in 2017’s The Last Jedi. Yet the notion that The Phantom Menace was set to fail is not a new one. James Berardinelli (Reelviews) and William Arnold (Seattle Post-Intelligencer) echoed the same sentiment in their reviews of The Phantom Menace, but in a sea of literature about the most hyped film of a generation, their voices were lost. In the vacuum between Return of the Jedi and 1999, Star Wars became too big for its own good.

A cursory YouTube search will show you what the world thinks of The Phantom Menace. Videos asking “What Went Wrong?” and “Everything Wrong With…” are in the top 5 hits. Aided and abetted by modern meme culture, the attitude towards the prequels has further soured due to the typically self-deprecating millennial black humour, coupled up with an older generation of fans who, for better or worse, still can’t see past the original trilogy. With seemingly less and less time to sit down and form our own opinions these days, accepting the status quo has become the norm for modern film culture, a status quo that has served The Phantom Menace poorly.

As far as enduring cinema goes, the pod racing sequence still stands out as one of the most exciting and technically impressive segments in the entire series. The effects in this scene are second to none, using audio from formula 1 to ground your ears while the rest of your senses are taken on a gyroscopic, breakneck trip. Similarly, the final throne room battle and accompanying music are not only one of the most significant events in the saga, but also one of the most famous in modern cinema. As the battle cuts between John Williams’ choral swells and the crashing of lightsabers, The Phantom Menace reaches its powerful climax when Obi Wan’s role as Anakin’s mentor is forced upon him; their fates sealed in a fashion that perfectly highlights the strengths of TPM – a great score, strong fight choreography, and dazzling special effects.

The starting grid for the gripping pod racing sequence.

The point of this article is not to say that The Phantom Menace is a work of art by any means, but to argue that hype and nostalgia are often a film’s worst enemy come opening night. Some may argue that The Force Awakens’ success disproves this idea but as mentioned earlier, when the incredibly similar plots of the 1977 original and The Force Awakens are compared – it’s really just a case of the emperor’s new clothes. Having tried something different in 1999 and arguably failed, come 2015 they played it safe and rehashed the original, banking on over a decade’s worth of feedback and a new generation of children to wow. As expected, the hate train has started turning its wheels toward the sequel trilogy anyway, with both ends of the scale being argued from various camps; The Force Awakens was too similar to ROTJ and The Last Jedi ventured too far out of the comfort zone. It seems there is no consensus on Star Wars anymore and certainly no winners.

The prequel trilogy is precisely why I love Star Wars. I grew up with it and enjoyed it greatly. Just as the lightsabers and costumes of the original were cutting edge and formative in 1977, so too were Obi Wan’s backflips and CGI aliens in 1999.  I’m aware that the same rose tinted glasses are slipping off my forehead and onto my face as I type, but the fact remains that the strengths of The Phantom Menace are still glossed over because of a bad attitude towards a film that never really stood a chance.

With Episode IX, the final piece of a 42 year, 12 film saga set to grace cinemas this December, I have very little doubt that a similar fate won’t too befall it. The world audience will work itself up like an excitable child for Christmas and wake up disappointed the Ferrari they asked for isn’t sat under the tree, without considering that maybe they’d set their sights too high.

Editor. View all posts by euanfoley

2 thoughts on “Feature // In Defence Of: The Phantom Menace”